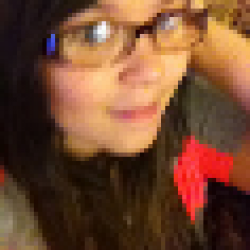 {Review} If He Had Been With Me by Laura Nowlin 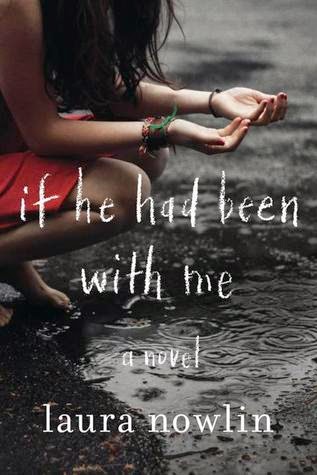 If He had Been With Me

Summary:
If he had been with me everything would have been different...

I wasn't with Finn on that August night. But I should've been. It was raining, of course. And he and Sylvie were arguing as he drove down the slick road. No one ever says what they were arguing about. Other people think it's not important. They do not know there is another story. The story that lurks between the facts. What they do not know—the cause of the argument—is crucial.
So let me tell you.

If He Had Been With Me captures your heart with the power of friendship, betrayal and, of course, true love.
Finny and Autum were bound to be best friends even before birth when their mothers became neighbors and soon after, best friends as well. Finny and Autum are inseparable throughout elementary and middle school, but soon began to drift apart as freshman year starts. Due to the fact, that Finny is now a popular athlete and Autum is a part of the misfits. While Finny and Autum are certainly on opposite sides of the social spectrum, can they ever be friends again or will their friendship slowly fade?
Finny is the guy everyone wants-- he’s sincere, charming and let’s not forget cute.  Finny is just such an amazing character. Autum, the main character, throughout the book is very insecure on well, just about everything. Although she was very insecure, I would not call her character annoying because most teenagers are insecure on some level. Autum was a really different protagonist character to me from any other I have read because she had the courage to want to be different and she really did not care what others though about her.
read more »
Gabby Reads Gabby Marie If He Had Been With Me Laura Nowlin
Source: http://gabbyreads.blogspot.com/2014/06/review-if-he-had-been-with-me.html
Tweet 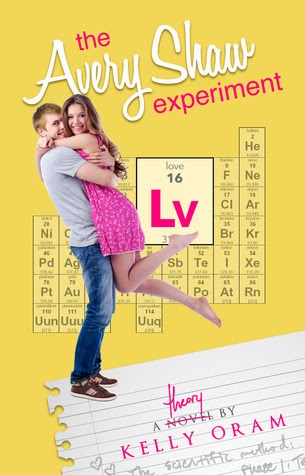 
When Avery Shaw’s heart is shattered by her life-long best friend, she chooses to deal with it the only way she knows how—scientifically.
The state science fair is coming up and Avery decides to use her broken heart as the topic of her experiment. She’s going to find the cure. By forcing herself to experience the seven stages of grief through a series of social tests, she believes she will be able to get over Aiden Kennedy and make herself ready to love again. But she can’t do this experiment alone, and her partner (ex partner!) is the one who broke her heart.
Avery finds the solution to her troubles in the form of Aiden’s older brother Grayson. The gorgeous womanizer is about to be kicked off the school basketball team for failing physics. He’s in need of a good tutor and some serious extra credit. But when Avery recruits the lovable Grayson to be her “objective outside observer,” she gets a whole lot more than she bargained for, because Grayson has a theory of his own: Avery doesn’t need to grieve. She needs to live. And if there’s one thing Grayson Kennedy is good at, it’s living life to the fullest

As of recently,I caved in and finally decided to get a kindle instead of a nook so that I could read more ebooks from netgalley and amazon. While scrolling threw the numerous books they had, I had decided to see some of the best sellers and stumbled upon The Avery Shaw Experiment.  Upon first look the cover was super cute and so I decided to investigate further by reading the summary and it drew me in. I expected this story to be cute, fun and even a little funny and this book defiantly lived up to my expectations.

Avery Shaw has been Aiden's best friend since before birth when their mom's met at a prenatal yoga class and (grossly) threw up on each other. Ever since then their moms and Avery and Aiden have been best friends. Now seventeen,Avery has finally realized that she likes Aiden. While Aiden,unaware, decides to break the news that he believes they need time apart. Avery is distraught and stumbles into Grayson, Aiden's older brother, he comforts her and eventually is forced to partner up with Avery for extra credit in science class. Avery is now faced with the challenge of a life without a bestfriend and a life full of Grayson.

Just the thought of a love triangle with two brothers made me really want to read this. I mean come on that has to at least has to make you a little curious! With this being said, I know that there are a lot of love triangles with two brothers. However, this story was very believable and full of nerds. Need I say more?

Okay well just in case I do,the characters in this book made this story and I know what your thinking -- well of course they do! The characters always make or break a story, but this story had the most amazing characters that were supper funny, nice and just over all amazing there are just no words at this moment to describe them. The members of the science club were so inviting and accepted Grayson for who he was even though they knew he wasn't particularly the smartest person and even tried to help him out by breaking it down for him and going bowling. Every single character was just so charming that you couldn't help, but love em'.